The Fine Art Of Hanging On 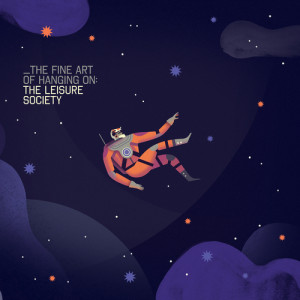 The Leisure Society began 2016 with a 3 week tour of Italy in a pared down acoustic-trio formation, comprising founding members Nick Hemming, Christian Hardy and Mike Siddell.  Their ‘Trip To Italy’ proved to be hugely inspirational, giving them the opportunity to revisit an ever-growing collection of songs from 4 albums that began with 2009’s The Sleeper.

The venues in Italy ranged from a huge cathedral in Rome to wine cafes so small the band had to put on two performances.  What each show had in common was a strong sense of a band connecting with their fans and their own material more intimately than they had since Nick & Christian first stepped on stage in London’s tiny 12 Bar in Denmark Street back in 2008.

“We couldn’t stop making music in Italy,” explains Nick, “we were finishing our acoustic shows then heading outside into the piazzas to play acoustic after-shows!”

This September the band is bringing that Italian inspiration back to venues in the UK, with a 4-date tour of intimate venues in Oxford, Shrewsbury, Salford and London.

“These UK dates are entirely for our fans,” says Christian, “we’re going to crowdsource the setlist using our social media pages; so it should be a totally different show every night.”

Meanwhile the band is heading to rural France to complete their 5th album.  They’ve decided that the new material, spearheaded by showstopper ‘Arrivals and Departures’, need to be captured on the move, uprooted from home and surrounded by the unfamiliar.

“For one reason and another I’ve been living out of a suitcase for the past 12 months so songs have been pouring out in the unlikeliest of places” says Nick.

Nick Hemming grew up in Burton-on-Trent. As a teenager he formed the indie band She Talks To Angels with his art college friend, director Shane Meadows plus the actor Paddy Considine. Following the band’s split, Nick was scooped up by local indie hopes The Telescopes, who were signed to Creation Records.

Shane Meadows remained a supporter, hiring Nick to score 1999’s A Room For Romeo Brass and 2004’s Dead Man’s Shoes, but Nick was losing his confidence. By the mid 2000s, he hadn’t sung in front of anyone for years.

Everything changed with the arrival of fellow Burton-on-Trent exile Christian Hardy, who worked with Nick to develop and record new songs and encouraged him to venture out on stage.  The Leisure Society was born and developed rapidly, with an initial landmark being the single ‘The Last Of The Melting Snow’, which was championed by Radcliffe and Maconie on Radio 2 and Elbow’s Guy Garvey on 6Music.

Within months of its release, Nick had been nominated for an Ivor Novello award, to rapturous media attention. The band’s world was to keep changing as the snowball kept rolling. The album Into The Murky Water was re-released on Full Time Hobby and became a slow-burn success story. Richard Thompson invited the band to play at his Meltdown Festival and there was another Ivor Novello nomination. They packed a tent at Glastonbury. Even Brian Eno declared himself a fan, as did Ray Davies, who booked the band to play at his Meltdown festival. They then provided the decisive musical ending to Paddy Considine’s BAFTA winning directorial debut Tyrannosaur.