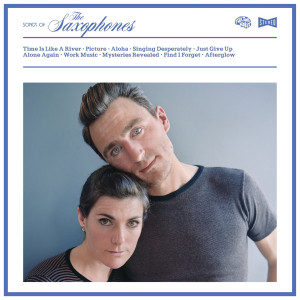 “The most important factor when choosing bandmates is love,” says the Saxophones’ Alexi Erenkov. “Do you love the people you’re playing with? If so, everyone is going to be feeling relaxed and confident.” This approach is a useful one to have when your wife, Alison Alderdice, is in your band.

Whilst the Saxophones began as the solo project of Erenkov - a project that was loosely started over a decade ago but gained full momentum and dedication in recent years - he wanted to bring in some primitive drum and percussion playing and couldn’t think of anyone more suited than his wife. “I wanted to share the band with her,” he says. “Plus, I would be devastated if I had to leave for weeks at a time to tour without her.”

Erenkov was studying jazz but became disenchanted with its direction. “I was frustrated by the lack of emotion I perceived in much of the music I was listening to and I couldn’t find a way to make my studies meaningfully connect to contemporary culture,” he says. His discontent led him to learn guitar and to begin singing. He learnt his playing from studying the likes of Daniel Johnston. “I loved how much songwriters could convey with so little technical skill,” he recalls. “In comparison to the work I was doing in University, spending many hours on big band arrangements and studying jazz theory, songwriting seemed like the most liberating thing.” Thankfully Erenkov had a voice to match his newfound playing style and songwriter ambitions, his deeply immersive and emotive vocals sitting in that unique register between rich and high, recalling the likes of M. Ward or Timber Timbre. Jazz isn’t completely absent from the project however, and Erenkov views the outlet as “A hybrid of the love I have for jazz and the love I have for simple direct expressions of feeling.”

If You’re on the Water EP came in 2016 with a knock-out title track that was inspired by a tumultuous time over a summer week that saw suicide, the transition of a relationship, and Erenkov and his father being involved in a nearly fatal boating accident. Thankfully things have calmed down in his life since then and Erenkov and Alderdice have remained focused on making this album and preparing for the upcoming birth of their first child.

The songs were formed and written during a period in which the pair were living on a boat during a very wet winter in the San Francisco Bay Area. “Much of the music was written over rainy mornings on acoustic guitar inside the cabin of our boat and outside of the city in a little guesthouse in Pt. Reyes,” he reflects. It was then recorded in Portland over 10 days, the recording was an intense and occasionally tense process. So much of Erenkov was invested in the songs that it led to a mounting sense of pressure. “I felt like I had to be incredibly vigilant and aware the whole time. It was exhausting, but I think it worked. I love the record we made.” Whilst some people on their debut album wish to throw everything into the production, often operating under the misapprehension that every space needs to be filled and explored, The Saxophones’ release is the complete opposite. Songs of The Saxophones understands the need for space, creating breathing room for the songs to swell and float.

“I wanted the record to be very consistent,” Erenkov says. “I did not want the woodwinds to be bloated, and I am very particular about not overdoing it when it comes to synths and extra bells and whistles. I love layered and complex music but I get overwhelmed when I have too many options, so I keep things very simple. I really just wanted to make a record that felt like a reflection of my current self.”

Erenkov has truly succeeded in this. Taking inspiration from 1950s exotica and Hawaiian albums (Edhen Abhez, Buddy Fo, and Martin Denny), 1970s outsider Italian songwriter Vittorio Impiglia, and a host of third-stream and West coast jazz records, the result is a unique offering. The enticing yet fragile vocals at the heart of the record give it its overall tone as it weaves between dream pop, minimalist surf and deeply textural compositions. Many of the songs address existential suffering and the traumas inflicted by partners in relationships, so a melancholic tone runs through the record, but overall it’s a record of hope and positivity, according to Erenkov. “While the record sounds sad, to me, it is really about growth and the human capacity for change.”

The biggest change for the band has just occurred as The Saxophones brought another new person to the family in the form of their newborn son. Erenkov will initially tour the record in May without Alderdice. “We don’t know what having a baby will be like and how to handle the baby coming with us, but we’re going to try,” he says of future touring plans beyond that. Perhaps their son will even work his way into the family band, after all, “The most important factor when choosing bandmates is love.” 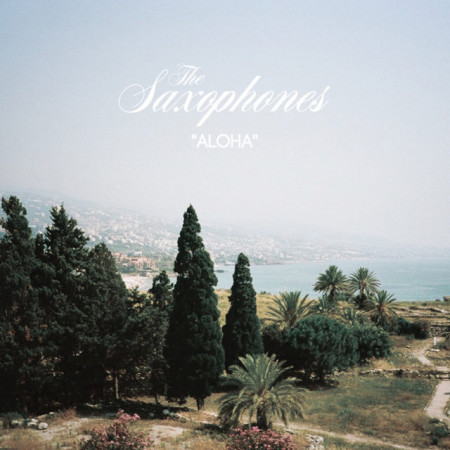 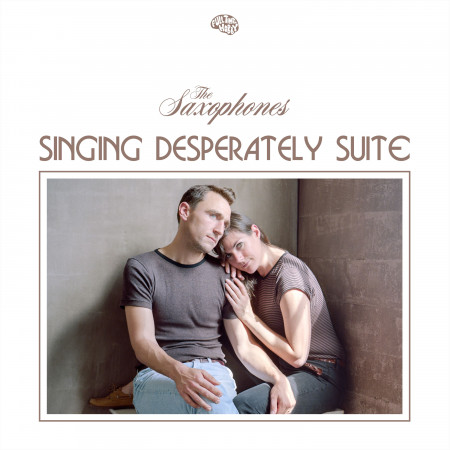