Ohtis - Only Him or Me

Digital deluxe edition of Curve of Earth out now.

After a successful string of shows across North America & the UK, Ohtis re-present their debut album Curve of Earth with four live favourites, including a beautiful cover of Townes Van Zandt’s ‘Only Him Or Me’ streaming now HERE.

“’Only Him or Me’ is off my favorite Townes record Delta Momma Blues which has some of the saddest songs I’ve ever heard on it - especially the last two - right next to some deceptively happy sounding ones”, explains Ohtis’ Sam Swinson.”It’s one of many of his in regular rotation over the years. I think ‘Rex’s Blues’ was my dog Bobo’s favorite song. He also liked ‘Flyin Shoes’, ‘Dollar Bill Blues’, ‘Our Mother the Mountain’, ‘No Place to Fall’, ‘Two Girls’ and pretty much every other one. My buddy Alex Willard  sent me a recording of himself playing ‘Catfish Song’ on his mom’s piano which made me want to learn that one next. Same thing happened when Casey Lynne Barr played me ‘Flyin Shoes’ by a campfire in her backyard in Missouri years ago. Both of whom write great songs of their own.”

The new deluxe version of the album, out now, also includes a new song ‘I Am Aware’ as well as new recordings of ‘Settling’ and album track ‘Black Blood’. Listen HERE

The beautifully dark country-Americana and vivid lyricism on Curve of Earth is a fitting introduction to songwriter Sam Swinson's autobiographical journey through indoctrination and addiction; an endlessly inviting confession from his past battles with substance abuse, and the religious demons lingering from his upbringing in a fundamentalist evangelical cult.

The weight of experience is what gives Curve of Earth its incredible power. Beguiling, entrancing, yet unrelentingly honest, it maintains a powerful hold on the listener long after the final note fades. “I would hope it’s helpful for people,” Sam states. “The conversation about addiction, it’s like any other mental illness society tends to sweep under the rug. Talking openly about it allows people who haven’t been exposed to recovery at all, who are still afraid and in denial and worried about the stigma, to transcend the shame keeping us sick.”

This year has seen Ohtis play mesmerizing festival shows at SXSW and The Great Escape and they will soon return to the UK & Europe, including a performance at End of The Road Festival in August. Tickets on sale now. 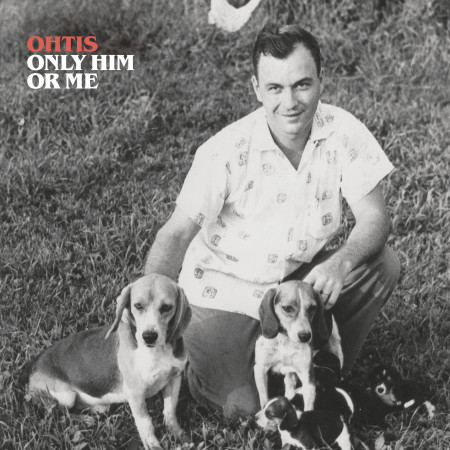