The beautifully dark country-Americana and vivid lyricism on Curve of Earth is a fitting introduction to songwriter Sam Swinson's autobiographical journey through indoctrination and addiction; an endlessly inviting confession from his past battles with substance abuse, and the religious demons lingering from his upbringing in a fundamentalist evangelical cult. For an in-depth look into the story of Ohtis’ journey, read on…

At times unbearably sparse, at others lush, Curve of Earth is a brutal yet alluring creative achievement.  “The songs happen spontaneously,” he explains. “I like to do it that way. The songs have been around for so long, and they weren’t intended to be on a record, but they kind of seemed to follow my life as it was happening. All those songs felt like they would fit with each other on an album.”

Having been through two separate spells in rehab, Sam Swinson’s life has changed utterly, and it’s also prompted an evolution within Ohtis, and the way they approach music. “It’s similar,” he muses. “My life isn’t as crazy, but it’s still pretty crazy. I’m still dealing with a lot of the same issues, with a similar feel.”

This vein of humanity, this empathetic streak means that even at its darkest Curve of Earth remains a striking, inspiring experience. Lead single ‘Runnin’ emerged from a post-rehab wilderness, and it aims to forge links with others on the fringes of society.

“Sam's beautiful encapsulation of recovery principles among the descriptions of his own struggle and redemption with sobriety in ‘Runnin’ was a major factor drawing me back to the band when they reformed,” Nate explains. Sam went to a self-made hell, and when he came out the other side he found a support group waiting for him, which had always been there, in Ohtis.

This weight of experience is what gives Curve of Earth its incredible power. Beguiling, entrancing, yet unrelentingly honest, it maintains a powerful hold on the listener long after the final note fades. “I would hope it’s helpful for people,” Sam states. “The conversation about addiction, it’s like any other mental illness society tends to sweep under the rug. Talking openly about it allows people who haven’t been exposed to recovery at all, who are still afraid and in denial and worried about the stigma, to transcend the shame keeping us sick.”

Curve of Earth is available to pre-order on CD, LP and digital: 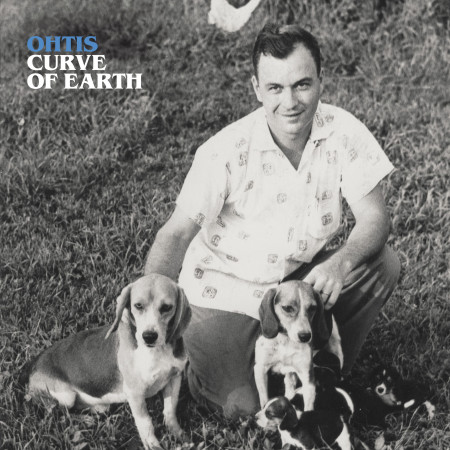