The Brazilian duo Aldo, formed of brothers Andre and Mura Faria, today release their new single and video, “Papermaze”. Inspired by the craziness of their hometown of São Paulo, the track is the second taken from their upcoming Trembling Eyelids EP (following the EP's title track) which will be released on 30th August 2019 via Full Time Hobby.

"As São Paulo is kind of suffocating we decided to isolate ourselves in a wooden house in the mountains in a city called Campos do Jordão, two hours away by car. Mura came up with a beat he was working on based on a “berimbau” line, a typical Brazilian percussive instrument and we then added a bassline probably influenced by Pixies’ Kim Deal as we'd spent hours on the road listening to Surfer Rosa and Doolittle. Once you’re out in the woods breathing fresh air you simply realise how insane it is to live in a complex, surreal city like São Paulo, sometimes you just need a break to see yourself from a different angle, it's almost like we had to climb a mountain to see ourselves down there in the city. We pictured ourselves in a maze, walking and running, trying to escape, to make money, to make music, to make a career, 24/7, unsustainably frenetic."

With regards to the video, directed by Nylon, he continued: "it only took 3 minutes of conversation with these post-production ninjas for us to discuss the COPAN building in São Paulo’s downtown designed by the architect, Oscar Niemyer. It really is a labyrinth… 1160 apartments and 5000 people living inside! That was the vibe we wanted so we filmed part of the video there. We ended up shooting over 2 days, with 4 months of post-production". Nylon added: "Both the song's title and lyrics relate to the subconscious and surreal so we had the idea to create a plethora of semi-realistic, dreamlike visually rich narratives of the band stuck in these maze-like scenes, in an endless loop. The video is a journey into the surreal, a slow and steady descent into a beautiful and mesmerising madness. Based around the artist’s performance we created hypnotic visuals by distorting and transforming every shot, making use of live action seamlessly integrated with 3D and VFX. Each vignette has its own distinct look and feel. The performance of the artist is the common thread holding our realities together as we fearlessly collide one look with the next. The tone is playful and intriguing. Bizarre and curious at times but always beautiful, always slick."

Aldo was formed by the Faria brothers in honour of their Uncle Aldo. A once wayward character, Aldo lived an edgy lifestyle in 1990’s Brazil. He would take the young boys on journeys into São Paulo’s dark underbelly introducing them to scenes of illegal car racing, suspicious back-alley negotiations, football gang violence and carnival parties, all drenched in alcohol.

The wide-eyed brothers took it all in, and later, combined these youthful experiences with beats Mura had begun to work on, whilst Andre picked up the bass. However, they needed their uncle’s blessing. Aldo was now a changed man, his old ways long behind him; he had cleaned up his act and had embraced the Church. The ‘90s had been a time the Faria family had wanted to forget. The idea of these misdeeds being given new focus brought about arguments and upset. Andre and Mura, however, persisted. After much convincing, Uncle Aldo eventually consented with a broad smile, and Aldo was born. 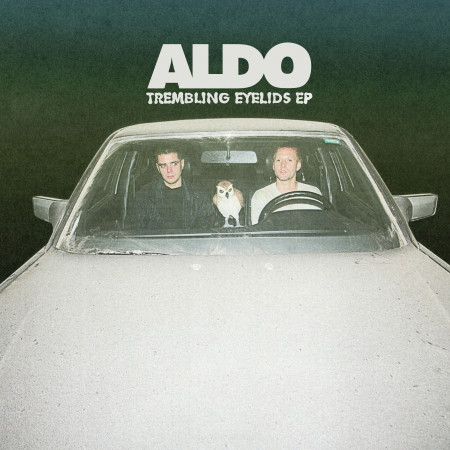